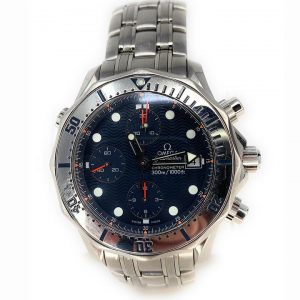 This 2019, thousands of people are commemorating the 50th anniversary of the Apollo 11 Moon landing. This historic event is the first time humans have set foot in another world – does the name Neil Armstrong ring a bell? Among the many firsts we’re celebrating this year is the first watch ever worn on our neighbor satellite – the legendary Omega Speedmaster Professional.

Apart from its lunar milestone, Omega is also the official timekeeper of the Olympics. It has been featured time and again in James Bond movies. In fact, it has even reached the depths of the Mariana Trench and led the first expedition to the North Pole.

A watch of this caliber is extremely valuable, so be proud if you have one in your collection. Here are 10 more impressive things you should know about the brand.

1. The Birth Of A Swiss Giant

In 1848, Louis Brandt established a small workshop that would become Omega in La Chaux de Fonds, Switzerland. During the company’s first 30 years, Brandt maintained a modest business. When he passed away in 1879, his sons Louis-Paul and Cesar stepped in to carry on their father’s vision. The brothers released their first mass-produced caliber, the Labrador, in 1885.

With the launch of the 19-line Omega Caliber, the watchmaking industry was in absolute awe. The new movement proved to be a global success, thanks to its ease of repair and timekeeping accuracy. This breakthrough led the Louis Brandt & Frere company to change its name to Omega Watch Co.

2. The Superbowls Of Watchmaking

Before quarts and GPS became a thing, industries and nations depended on precise mechanical chronometers. Observatory trials were held to encourage watchmakers to improve their craft. These marathons tested timepieces of various types for extended periods, and the winners were celebrated and given substantial publicity.

Leading manufacturers participated in head-to-head matches to earn the winning title. Omega earned great success at these marathons, setting numerous world records. When the company adopted the slogan “Omega – Exact time for life,” they weren’t exaggerating. Decades of Observatory trial results showed how precise these watches can be.

3. Master Of The Sea 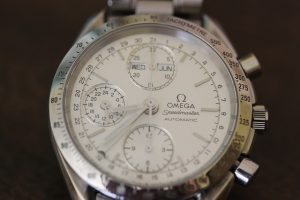 Since the 1950s, Omega has been the official watch of various naval units, including the British Special Boat Service. Earlier this year, as well, a prototype Omega Seamaster model made a world record for depth resistance. It descended to the deepest known part of the Mariana Trench, the deepest spot on Earth.

Ralph Plaisted was an insurance salesman from Minnesota who had a massive fascination with snowmobiles. When told by friends to drive one into the North Pole, the absolute madman actually did. His party set out on the 412-mile trek from Canada’s Ward Hunt Island.

Armed with sextants and Speedmasters to track their location, the team traversed a 43-day expedition. The U.S. Air Force C-135 flew overhead to confirm Plaisted’s location. Polar exploration historians agree that his party was the first to reach the North Pole by an overland route.

At the other end of the planet, Reinhold Messner and Arved Fuchs crossed Antarctica on foot. Enduring temperatures of -40° F, the duo navigated the Thiel mountains to the South Pole with their reliable timekeeper, the Omega Speedmaster.

Omega’s history with space exploration began in the fall of 1962 when a group of astronauts including Leroy Cooper and Walter Schirra walked into a watch shop in Houston. They were looking for watches to use on their upcoming Mercury program flights and ended up getting Omega Speedmasters.

The following year, the National Aeronautics and Space Administration or NASA began testing timepieces provided by Rolex, Longines-Wittnauer, and Omega. Designed to put these watches to the point of destruction, the tests were extremely brutal. The Speedmaster outclassed the competitors, earning the reference ST105.003 “Flight Qualified for all Manned Space Missions.”

After bagging 1st place in all six categories at the 1931 Geneva Observatory trials, the International Olympic Committee has appointed Omega as the only timekeeper of the Los Angeles Olympics the following year. The company says that today, timing the renowned sporting event requires up to a thousand skilled local volunteers, all trained to use some 400 tons of equipment. Omega is still up to the challenge. A year from the 2020 Tokyo games, the company presented the first of its official Olympics timepieces.

Many world leaders and celebrities have been photographed wearing Omega watches – Soviet President Mikhail Gorbachev, Elvis Presley, Ringo Starr, and Pope John Paul II, to name a few. But perhaps the most iconic person to ever wear an Omega watch was America’s 35th president John F. Kennedy. The Omega Museum currently houses the famous Ultra Thin timepiece he wore during his inauguration. 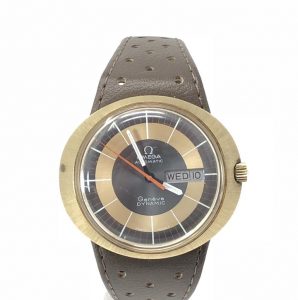 James Bond has worn a couple of watch brands over the years, but no other name is more closely associated with the franchise than Omega. The Seamaster debuted with Pierce Brosnan in the GoldenEye. Since then, 007 has worn the brand in The World Is Not Enough, Tomorrow Never Dies, Casino Royale, Die Another Day, Skyfall, Quantum of Solace, and SPECTRE.

Omega was the first to create a movement resistant to magnetic fields greater than 15,000 gausses. This technology surpasses any previous movement. At Baselworld 2015, the company introduced the Omega Globemaster which uses the pioneering antimagnetic movement.

The Co-Axial Caliber 8500 became synonymous to precise timekeeping in 2007. The escapement featured low friction, mechanical efficiency. Omega is so confident in the Co-Axial’s timekeeping performance that they offer it with a four-year warranty.

Watch enthusiasts agree that the company deserves its rock-star status. From the deepest trenches to the vast outer space, Omega has been the favorite watch of brilliant people and their exciting adventures. If you want to tap into the value of your Omega timepiece, call Biltmore Loan and Jewelry at 480-470-1953 (Scottsdale) or 480-470-0595 (Chandler) for a free appraisal.