The 10 Rarest and Most Expensive Gemstones

Because of their luster, ethereal colors, and various shapes and sizes — it can be easy to develop a fascination for gemstones. Also called precious or semi-precious stones, gemstones are pieces of mineral crystal which are cut and polished to be used in jewelry making. Most gemstones are used in jewelry because of their physical properties and aesthetic value. Apart from the color and luster, rarity is another characteristic that defines a gemstone’s value.

Gemstones and their “supernatural” powers

There are many myths and superstitions connected with gemstones. They are believed to have magical powers and have been worn as protective amulets and talismans dating back to the ancient times. Gemstones are also known to harness the power of love and fortune, with some specifically used to attract wealth and prosperity in business ventures. They are also believed to cure all kinds of diseases. To this day, there are still many people who believe in the magical powers that gemstones are believed to possess.

A gemstone’s color has a lot to do with the traditions and magical properties it possesses – the deep red color of the ruby has led to the belief that it possesses an internal fire and the ability to boil water, while topaz and its cool hue is believed to be able to chill boiling water. The green color of the emerald is thought to have the power to calm the spirit. Hence, it is the symbol of serenity and peace of mind.

Determining the value of a gemstone

As with any industry, the price of gemstones is largely influenced by supply and demand, which means that rarer gems will be more expensive than those that are more accessible. For instance, a garnet, despite being stylish and attractive, is not very expensive compared to a ruby, because it is not rare. A ruby is more expensive even if they share similarities, simply because it is a rare stone. Placing a true value on any particular gemstone can be tricky because there is no uniform classification or measurement system in place. Diamonds, however, have been subject to a uniform measurement system to determine its value since the 1950s. Like diamonds, gemstones are examined and evaluated according to color, clarity, cut, and carat. Unlike diamonds, gemstones are evaluated by eye.

Here are 10 of the rarest and most expensive gemstones in the world:

Valued for its beauty and rarity, the red diamond is the most expensive gemstone, priced at over $1 million per carat. To date, there are less than 30 red diamonds found around the world, with most of them being less than half a carat. The red color was thought to have resulted from an impurity when it is actually the result of a plastic deformation of the crystal lattice. The largest red diamond discovered in the world is the famous 5.11-carat Moussaieff Red Diamond, which was acquired in 2011 for $8 million.

Taaffeite is a scarce mineral. It was first discovered already cut and polished in 1945 in Dublin, and was mislabeled as spinel. After further inspection and research, it was determined that the rare stone was actually a new, unidentified gem. It is priced at $35,000 per carat and found only in alluvial deposits within Sri Lanka and Tanzania. Its main difference from the more common spinel is in the unique double refraction it possesses.

Priced at $20,000 per carat, the grandidierite was first discovered in Madagascar in 1902. It is commonly found as an accessory mineral on aluminous boron-rich rocks. It possesses a semi-transparent bluish-green hue that is absolutely gorgeous, especially when set against titanium or white gold.

Serendibite is an extremely rare gemstone and mineral that was initially discovered in Sri Lanka back in 1902. It is an inosilicate and has a complex chemical formula, including side branches of calcium, boron, aluminum, and magnesium, among others. Its dark color makes it very unique, and perfect as a pendant or on an oversized cocktail ring. This gemstone was recently discovered in the Mogok area of Myanmar, only the second location where it is known to be found. It fetches over $18,000 per carat. 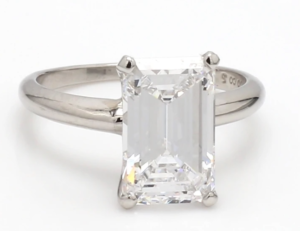 Often touted as a girl’s best friend and the most common centerpiece of engagement rings, diamonds are priced at over $15,000 per carat. Its chemical composition is pure carbon arranged in a diamond lattice, making it one of the strongest and most durable gemstones in the world – it is so strong, it can cut through glass. Diamonds are found in cooled kimberlites that formed over the course of more than a billion years, making it one of the oldest gemstones known to exist. 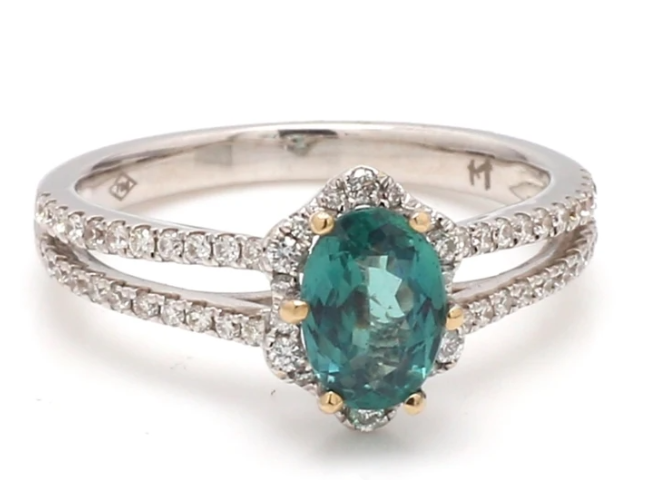 The alexandrite is a type of chrysoberyl that was first found in the Ural Mountains of Russia in the 1830s. The defining characteristic of this gem is its incredible ability to change color – it appears to be emerald in light, and ruby red in the dark. It differs from the common chrysoberyl in that it possesses iron, titanium, and chromium as impurities. It costs $12,000 per carat.

The red beryl is a combination of beryllium, aluminum, and silicate. Pure beryl is naturally colorless, but it gets its gorgeous red color from trace amounts of additional elements. It is rarely found above two to three carats, and can be found in mineralized rhyolite tuffs in the Thomas Range of Utah. It costs up to $10,000 per carat.

This gemstone was originally discovered in 1967 in the Musgrave Ranges of Australia, hence the name. It is a very rare and hard gemstone that is in the same family as the taaffeite. Musgravite is an aluminum oxide with variable proportions of magnesium, iron, and zinc, and costs up to $6,000 per carat.

This bright blue gemstone is made up of barium, titanium, and silica, and is formed during the late stage cooling of serpentinite. It was initially found in San Benito County in California, where it got its name. Its bright blue color gives off a strong fluorescent brilliance. It fetches up to $4,000 per carat.

This naturally pink gem was initially discovered in Mont Saint-Hilaire in Quebec, Canada in the 1960s by the Poudrette family. In 2000, the first gem-quality poudretteite was found in Mogok, Burma, at an astounding 9.41 carats. It costs $3,000 per carat.

Sell Your Diamonds to Biltmore

Diamonds are some of the rarest and most expensive items in the world. If you are interested in selling your diamonds, bring them to our locations for a free market appraisal. You may also contact us at 480-991-5626 for Scottsdale and 480-705-5626 for Chandler.