Legends Made In Italy: 10 Brands That Define Haute Couture

Italy is home to some of the finest and most influential luxury brands in the fashion industry. Its grand houses embrace different aspects of style – some prefer a bold, daredevil approach, while others like to keep apparel elegant and comfortable.

No matter what trend they initiate, people all over the world always get crazy about the quality exhibited by these brands – be it clothing, bags, watches, or perfumes. Here’s the story behind some of the most iconic Italian names that continue to dominate the global fashion scene.

Immersed in the conventions of Italian craftsmanship, the brand has set a new standard for extravagance since it was established in Vicenza in 1966. Bottega Veneta, which roughly translates to “Venetian Atelier” or “Venetian Workshop,” celebrates the rich culture and beauty of Venice through its stylish bags, shoes, and ready-to-wear.

Their most recognizable mark is intrecciato, the handwoven leather introduced in 1975. The same material is still used in their signature Veneta hobo and Cabot tote bags as well as in new styles. Bottega Veneta’s core philosophy revolves around expressing individuality with discreet luxury goods made without blatant logos.

The eponymous Rome-based House founded by Edoardo and Adele Fendi immediately rose to prominence since its inception in 1925. Fendi began on the busy street of Via del Plebiscito at the heart of Rome. The shop first sold small and medium leather goods and set up a clandestine fur workshop.

Their five daughters, Anna, Paola, Carla, Alda, and Franca soon decided to join the family business, bringing fresh and innovative ideas. Thanks to them, the world-renowned designer Karl Lagerfeld entered Fendi and together they revolutionized how to wear fur, transforming it into a chic, soft, light item of clothing. 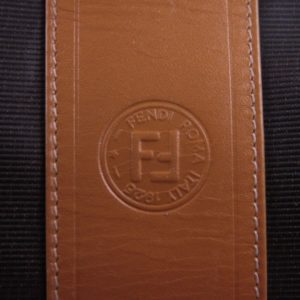 After working as a designer in the menswear department of Nino Cerruti, Giorgio Armani established his own company with Sergio Galeotti. The label won great acclaim in the 1980s with its line of deconstructed suits that face up to conventional Italian tailoring, earning Armani the title “Kind of the Blazer.”

The brand has since expanded from clothing to makeup and fragrance, earning it a spot in the largest and strongest luxury brands in the world. Still, the signature Giorgio Armani line remains true to its origins – understated design and exquisite quality; the Armani suit will forever epitomize the sophisticated style of the modern Italian gentleman.

Guccio Gucci founded the eponymous label in 1921, making it one of the oldest Italian luxury brands in modern history. Inspired by the opulent lifestyles of people he met on his travels through France and London, Gucci started crafting quality leather luggage items.

The company’s first affluent clients were “horse-riding aristocrats” who clamored for equestrian gear. This is where the brand’s trademark horse-bit detail comes from. Tom Ford took over as Creative Director in 1994, starting a new era of fearless fashion for Gucci. Today, the brand is reinvigorating its identity with the help of Alessandro Michele, embracing its fame amongst the younger crowd.

Still, in its early twenties, Marni might be the youngest Italian brand on this list. But given its rapid rise to success, the company which was founded in 1994 by Consuelo Castiglioni is truly a worthy mention. Marni began as an avenue to experiment with textiles and fur using the family’s fur business.

Now it releases full collections of beautiful ready-to-wear, jewelry, luggage, and accessories. Some of the brand’s most iconic pieces are composed of brightly colored fur coats, oversized tunics, and kilted derby shoes.

Best known for its eccentric off-the-rack and handbag collections, Miu Miu is never short of energy and color. Created as an offshoot of the historic Prada brand, the subsidiary takes its name from Miuccia’s family nickname. The label completely disregards the traditional minimalism often seen in Japanese fashion and always goes for sequins, gold, fur, chains, and splashes of color that can turn anyone’s head.

Moschino is one of the top trendsetters in the industry. Its style deviates from the hierarchical and insular notion of haute couture, and instead, embraces pop culture in a way that no other brand has ever done before. Moschino’s attention to streetwear and quirky expression of culture gives the luxury label an enduring essence of authenticity.

Like many other Italian brands, Prada has its roots in leather luggage goods. Its first shop was built in 1913 by Mario Prada and not too long it became the official supplier to the Italian royal household.  After Mario’s death, Prada entered a new phase when Miuccia took over the company’s creative helm. She was unstoppable and brought more successes to the brand with her timeless and effortless creations of women’s handbags and clothing.

No famous red carpet event is complete without a Valentino dress. The one-man fashion powerhouse has built an empire for 50 years and has become a staple for celebrity parties. With Parisian influences, Valentino makes some of the most grandiose and opulent designer pieces that make other dresses to shame. Among the brand’s most prominent clients was Jacqueline Kennedy.

There wasn’t anyone as extravagant as Gianni Versace in the ‘90s. Supermodels and celebrities rocked his line of flashy, bright, and rock ‘n roll apparel, making the word “fabulous” synonymous with Versace. The designer’s assassination in 1994 hit the airwaves on January 17, devastating his younger sister and muse, Donatella, and the fashion world that loved his creations. But Donatella carried on his principles and proved that Versace was still as relevant as ever.

The success of ItalianModa is the fruit of a long history of complexity and character. From royalties to Hollywood actresses, these top Italian brands continue to charm the affluent with their take on sensuality, eccentricity, and elegance through fashion.

Sell or Loan Your Designer Items At Biltmore

Looking to update your wardrobe and let go of some of your designer pieces? Bring them to Biltmore for evaluation. Call us today at 480-991-5626 (Scottsdale) or 480-705-5626 (Chandler) for more information. You may also fill out our online form to schedule your appointment.