The 5 Most Desirable Luxury Timepieces That Shaped 2018 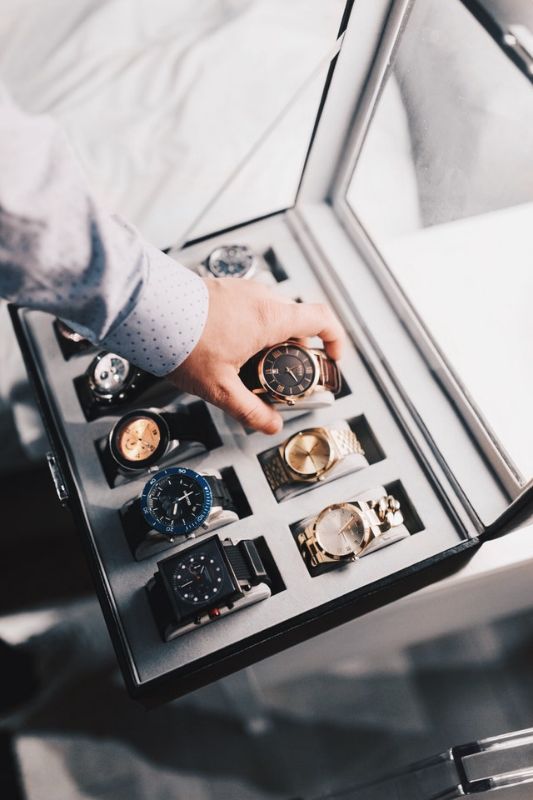 Timekeeping has come a long, long way from the sundials that our ancestors first used. With all the innovations that have shaken the world of watch-making in 2018, there’s never been a better time to buy a high-quality timepiece that will stand the test of time not only in terms of build quality, but also of style, functionality, and performance.

As the year comes to a close and a new one begins, let us take a look at some of the best timepieces that came out in 2018.

Bitcoin and cryptocurrency will perhaps be remembered as one of the biggest buzzwords of 2018. Although 2018 would mark the year Bitcoin crashed from its historical peak of $19,000 in 2017, 2018 was the year in which Bitcoin captured the public’s imagination.

To celebrate Bitcoin’s 10th year anniversary, Hublot launched the Big Bang Meca-10 P2P limited edition watch in September 2018. Only 210 (signifying the 21 million global bitcoin limit) will ever be manufactured, and it can only be purchased online with bitcoin.

The Big Bang Meca-10 P2P features a 45mm case made of zirconium dioxide pressed at extremely high temperatures, making it extremely durable. It also features an engraving of the bitcoin transaction ID involved in the purchase of the watch. In another nod to Bitcoin, it also sports a blockchain-inspired design, signifying the globally-interconnected network of computers that supports the entire bitcoin ecosystem.

The Hublot Big Bang Meca-10 P2P is available online for the equivalent of $25,000 in bitcoin and is expected to be released in 2019.

If there’s a single word that can succinctly and accurately describe the Bulgari Octo Finissimo Tourbillon Automatic, it would be magic.

This Bulgari watch broke not one, even two, but three watch-making records early in 2018.  It is currently the world’s thinnest automatic watch at 3.95mm thick, has the world’s thinnest tourbillon (the part of the watch responsible for canceling the downward effect of gravity inside the watch’s mechanism) at 1.95mm. The tourbillion is considered to be the thinnest automatic variant in existence today.

You’d be forgiven to think that Bulgari’s record-breaking timepiece is a one-off meant for gracing the pages of the Guinness Book of World Records, but what really makes the watch stand out is that it is a production model meant for day-to-day use. The watch and its casing are made of sandblasted aluminum to allow its thin frame to withstand the rigors of everyday use.

Only 50 of these timepieces are scheduled for its production run, and each will cost $118,000.

Patek Philippe regularly makes a name for themselves in the watch-making world, it’s no surprise given their reputation for luxurious and technically complicated timepieces.

Take, for example, the 5270. Patek Philippe’s 5270 was initially released in 2011, revised with some new dials in 2013, then finally updated in 2018. With the addition of salmon dials and a shift in piece material from gold to platinum, it’s not an exaggeration to say that this iteration of the 5270 is perhaps its ultimate incarnation. Salmon dials have traditionally been reserved for exceedingly rare and special timepieces, so the addition of salmon dials to an already luxurious timepiece is sure to make it the envy of collectors everywhere.

In addition to its platinum case and salmon dials, the 5270 sports a date display, moon phase display, and a 30-minute counter. They retail for approximately $180,000

The Omega Seamaster Diver 300M initially released in 1993. It was featured as James Bond’s watch in the 1995 classic “Goldeneye,” and has featured in subsequent James Bond movies ever since.

To celebrate its 25th anniversary, the Seamaster Diver 300M has been re-released with a number of design updates, functionality updates, new features and an updated look to bring it up-to-speed with the times. The new model now measures at 42mm and features ceramic bezels and dials, a glossy finish, and caliber-8800 movement – a large leap from the caliber 2500 movement its previous iterations used.

While the Omega Seamaster Diver 300M does enjoy a sizable collector’s following due to its association with the James Bond movies, it is at its core a diving watch designed to withstand the rigors of high-pressure environments. And dive it does, with its newly-redesigned helium escape valve that protects it from damage caused by rapid depressurization.

An updated iteration of the BR-X1 initially released in 2016, the BR-X1 Skeleton Tourbillon Sapphire is made with five blocks of sapphire crystal designed to showcase the inner workings of the watch down to the last detail. Both the BR-X1 and its successor were designed to look like an aircraft instrument panel, and this design delivers.

The BR-X1 has the main timepiece seemingly in the 12-o’clock-position, with a one-minute flying tourbillon seemingly suspended at the six-o’clock position. The dials feature Super-LumiNova indices, as well as skeletonized minute and hour hands. The watch can go for as long as 100 hours when fully wound.

With sapphire being a notoriously hard-to-carve material (remember that it is the second hardest mineral on earth), it’s no surprise that only 5 of these timepieces were ever produced. The price tag is nothing to scoff at either, as the BR-X1 retails for around $500,000 each.

In the world of watch-making, 2018 will be remembered as a year of breakthroughs and ingenuity. Multiple records have been broken and traditional styles have been revamped with modern materials. There’s never been a better time to invest in a quality timepiece as we approach the New Year.

If you are looking to sell your luxury watches, bring them to Biltmore Loan for a free appraisal. We have certified experts that will provide you with the best quotations you can find in the market today. For service inquiries, call our Chandler office at (480) 705-5626 or reach out to our Scottsdale office at (480) 991-5626. Walk-ins are always welcome, but you may fill out our online form to set an appointment.