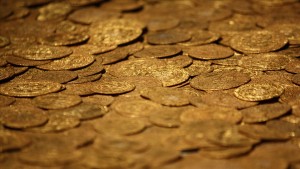 Biltmore is a great place to sell gold jewelry for cash. We are passionate about gold which is why we have desire to share our knowledge with our customers on the different uses of gold in society today. Gold is a big part of American culture and we would like to share the information below.

Although we have had cultural differences and spoke many languages, one thing we as civilizations have had in common is that we held gold in high esteem as a precious and valuable material. For thousands of years, people have been trying to sell gold jewelry for cash or other types of currency, depending on the time and civilization. For this reason, gold was has been widely used as a financial instrument of currency exchange and investment.

In addition, it has been used medically for many years due to its chemical composition as well as overall durability.

The use of gold in business and monetary transactions dates back about 6000 years. For many years, gold has been widely used in different cultures and civilizations throughout the world as a monetary exchange. Due to its limited supply and high value, gold has always been the primary choice as a medium of exchange with money. Because of the overall strong demand for gold and its practical usefulness, it has been substance of long term value for thousands of years.

Monetary exchange was done either though the issuance of gold coins or through gold convertible paper instrumentals, which used some kind of gold standard in which the total value of money is represented by gold reserves. Gold coins were commonly used in currency transactions until the early 1900’s when paper currency became the more widespread use of currency.

Gold coins were issues two different types of units, one being as a unit of currency such as dollars and the other being as a weight, such as ounces and grams. In modern times, fiat currency has replaced gold standards and currencies that were directly convertible to gold.  In the earlier years of its history, the United States used a gold standard and had a physical supply of gold (in gold bullion or bar form) to back the money that was in circulation.

With this system, a person could give paper currency to the government and demand an exchange of equal value in gold. The United States no longer is on a gold standard and currently uses a fiat currency, which is not based on previous metals.

Today, gold coins and gold bullion are still used but are used more commonly by governments, individuals, and institutions as a method of holding the investment of gold itself in physical form. Exchanging gold bullion for currency can be as simple of a transaction as a person who wanted to sell gold jewelry for cash. Many gold coins are also used in commemorative items and many collectors enjoy acquiring these coins for their collectible value, as well as their metal value.

Believe it or not, gold is actually used as a drug to treat several medical conditions as well as for diagnostic pieces with the use of radioactive gold. Rheumatoid arthritis is treated with injections of sodium aurothiomalate and particles of a radioactive gold isotope are inserted into certain tissues to act as a radiation source in the treatment of certain types of cancers.

Gold is also used with a condition known as Lagopthalmos, in which a person’s lack of ability to close their eyes completely is remedied by inserting small amounts of gold in the upper eyelids to weight the eye down. Radioactive gold is used in a colloidal solution that is used for diagnosis and is also used in many electronic devices, surgical instruments and life-support devices due to its reliability and non-reactive properties.

Because they are such insignificant amounts, none of these could yield enough of a monetary amount of gold as someone who wanted to sell jewelry for cash.

Come in or call to sell estate and gold jewelry for cash!

If you have a question or are unsure if we are interested in your item(s), Biltmore will be more-than-happy to evaluate what you have for free with no obligation. Please use our appraisal form here or you can visit our How it works page for more information. Walk-ins are accepted at our Chandler and Scottsdale locations. No need to set an appointment!