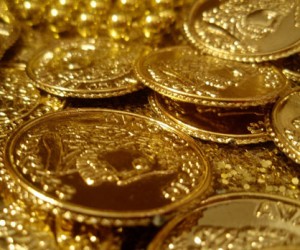 Gold is a big part of American culture and we would like to share the information below.

Gold not only has been used with jewelry or forms of financial conversion, or for people to sell but also has many used in the aerospace, dentistry, computers, electronics, and glassmaking field. Chances are that gold is encountered in various forms throughout the daily lives of people all across the world today.

Gold has many used in aerospace and is used in hundreds of ways in almost every since space vehicle that is launched by NASA. When billions of dollars are being spent on a spacecraft that’s journey has a non-existent possibility of lubrication, maintenance, and repair, only the most dependant and high quality materials can be used such as gold.

Many parts of every space vehicle are covered with a gold-coated polyester film, which helps to maintain the stability of the temperature inside the spacecraft and reflects infrared radiation.

Gold is also widely used a lubricant between mechanical parts since organic lubricants would be broken down by the intense radiation that occurs in outer space. It is very interesting to note the complex applications gold is used in other than for jewelry, financial purposes, and in relation to people wanting to sell diamonds and jewelry and gold in Arizona.

Many buildings built today have windows that have a rich ruby color, which is a result of tiny amounts of gold being suspended in the glass, for use as a color pigment. Very small amounts of gold are also used for making special glass that is used in climate controlled buildings by reflecting solar radiation outward and reflecting internal heat include.

This helps these kinds of structures to stay cool in the summer and maintaining the internal warmth during the winter. In addition, the visor on a spacesuit is covered with a very thin film of gold, which protects the astronaut by reflecting the intense solar radiation.

Since about 700 B.C., gold has been used in dentistry, dating back from Etruscan dentists who used gold wire to put false teeth into the mouths of their patients. Gold was widely used until the 1970’s when the rise in the gold price made gold a very costly choice and caused dentists to look for substitute materials.

However, gold is becoming more popular in modern dentistry as the other metals that were used following the spike in the gold price have been shown to have long term negative heath affects. Due to its superior performance and high aesthetic appearance, gold is widely used in dentistry all over the world.

Fillings, crowns, bridges, and orthodontic appliances all used gold alloys due its ease of use to work with, its nonallergenic properties and because it is chemically static. Other metals such as iron would not work as well due because of their hardness, chemical reactions that occur over time (rust), and as well as the certain tastes of different types of metals).

Biltmore actually buys dental gold provided it is sanitized and clean. Bring in your dental gold and sell that gold for in Scottsdale Phoenix Arizona today.

In the standard desktop or computer assembled today, gold is used in various forms and places during the manufacturing process. A dependable and capable metal conductor like gold is needed in order to properly transmit digital information between components.

The importance of high quality and dependable performance for this conductor makes gold the primary choice out of all metals for the job, despite its higher cost. Gold used in computer components is usually alloyed with small amounts of nickel or cobalt to increase its durability and is also electroplated to other metals.

Electroplated gold used with computers does not yield a significant enough amount of take the scrap and sell the gold in Scottsdale. The most common use of gold with computers is for mounting memory and microprocessor chips onto the motherboard. It is also used commonly in the plug-and-socket connects that are used to attach cables.

Small traces of gold are used in almost every complex electronic device manufactured today. Gold is used in items such as GPS units, PDAs, cell phones, calculators and other small electronic devices, as well as in larger devices such as television sets. In fact, nearly one billion cell phones are made each year and the majority of them contain about 50 cents worth of gold. Within these units, gold is used in switch and relay contacts, soldered joins, wires, and connectors.

The trace amounts of gold used with in these complex electronics systems does not produce a large enough amount of take that scrap and sell the gold in Phoenix. These electronic devices use low voltages than can be disrupted by any kind of tarnish or corrosion at the contact point. Gold is the primary choice for the job since it can conduct the electrical currents very well and not become corroded.

Come in or call to sell estate jewelry or sell gold in Phoenix today!

If you have a question or are unsure if we are interested in your item(s), Biltmore will be more-than-happy to evaluate what you have for free with no obligation. Please use our appraisal form here or you can visit our How it works page for more information. Walk-ins are accepted at our Chandler and Scottsdale locations. No need to set an appointment!