For many observers, jewelry collectors, and enthusiasts, the sapphire conjures an image of a shimmering blue gemstone on Princess Diana’s ring finger, and now Catherine’s, the Duchess of Cambridge. Sapphires are profoundly associated with the British Royal Family, but there is much more to these pretty, precious gemstones than being historical symbols of a royal engagement. 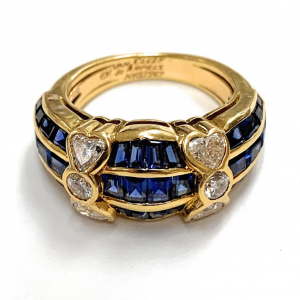 1. The Story Behind Its Name

The word “sapphire” originated from sapphirus and sappheiros, which are the Latin and Greek words for “blue.” “Sapphire” may have originally referred to a different blue-toned stone called Lapis Lazuli.

Centuries before Princess Diana’s time, deep blue sapphires have already been associated with royalty. Medieval monarchs adorned their bodies with royal blue sapphires, which they believed brought good fortune and protection against evil.

Fast forward to the 1700s, French Emperor Napoleon Bonaparte gifted a dazzling two-stone sapphire and diamond engagement ring to Marie Josephine, his first wife, in 1796. The coveted ring sold at an auction for almost $1 million in 2013. Indeed, sapphires have been the choice of noble families and aristocrats for generations.

3. Sapphires Rank 9 on the Mohs Scale of Hardness

“Hardness on the Mohs scale” is an important aspect you should know about the world of gemstones. Allow us to paint you a picture: Among a diamond’s claim to fame is its incredible durability. In fact, it ranks 10 on the Mohs scale of hardness, which is the highest possible ranking. Next on the scale are sapphires, boasting an impressive hardness of 9. These sturdy gemstones are phenomenal options for jewelry since they are incredibly scratch resistant.

4. Sapphires Come in an Array of Colors

Every girl dreams of a color-changing engagement ring to suit her every mood. Gentlemen, you can now make her dream come true with a stone that exhibits two stunning colors. Color change sapphires display tones ranging from blue to violet under different lighting conditions. 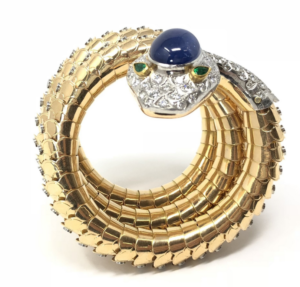 Colombia, India, Cambodia, and Kenya are among the main sources of sapphires in the world. Different varieties of sapphires are also found in Australia, Sri Lanka, Thailand, Vietnam, Nepal, the United States, and more.

7. The Rarest Sapphire in the World is from Sri Lank

The rarest sapphire is a pinkish-orange variety called padparadscha—a name derived from the Sinhalese word for “lotus flower.” These stunning gemstones are sifted from Sri Lankan rivers.

8. The “Star Sapphire” is Another Rare Variety

In rare cases, sapphires exhibit a phenomenon called asterism or “star effect.” Asterism occurs when inclusions form a star-like pattern on the surface of a dome-like, cabochon-cut sapphire. These “star sapphires” are highly desired in the world of gemstones.

9. Sapphires are a Variety of the Mineral Corundum

Several precious and semi-precious gemstones are minerals, and sapphires are no exception. They are a variety of corundum, which also accounts for rubies.

10. The 4Cs Apply to Sapphires with a Slight Difference

It may be comforting for diamond lovers to know that the 4Cs are also used to grade colored gemstones, including sapphires. However, it is important to understand that the 4Cs apply differently to sapphires. For instance, although cut, color, clarity, and carat are assessed in an equal manner when discussing colorless diamonds, it is not the same case for colored gemstones.

The main reason for the latter is that the color of a sapphire is superior to everything else. Gemologists look for color vibrancy and intensity, unlike in the case of colorless diamonds wherein the absence of color is precedence. In official terms, the color, tone, hue, and saturation of a sapphire is more significant than its clarity, carat, and cut.

11. The Cut of a Sapphire Matters 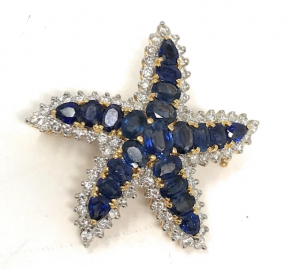 While a sapphire’s color is its most precious feature, the cut is a close second since it affects a sapphire’s color. A jeweler must cut the center of a sapphire in a way that it reflects light and color. If the center does not reflect the aforementioned, it is known as a window. Sapphires with large windows command much lower prices for this exact reason.

12. Some Sapphires with Inclusions are Still Valuable

Even when inclusions are present within a sapphire’s structure, it can still be extremely valuable. Its overall worth depends on the location of the flaw, how visible it is, and how the inclusion affects the color and appearance of the stone. The Star Sapphire is a gleaming example.

Sapphires and rubies are essentially the same. The only significant difference is that rubies have an exquisite red color, which was enough for what is technically a red sapphire to have its own category. The deep red variety classifies as rubies, while lighter gemstones are called pink sapphires.

Because of its remarkable durability, sapphire also has industrial uses. For example, the glass surface on the Apple Watch Series features lab-created sapphire crystals to make the screens more scratch resistant.

15. Sapphires May Have Mystical Powers 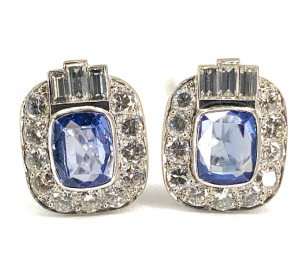 Where is the Best Place to Sell Sapphires?

Biltmore Loan and Jewelry specialize in outright purchases and upscale collateral loans in Chandler, Scottsdale, and the surrounding areas in Phoenix, AZ. With GIA-certified appraisers on staff, our solid presence and experience in the jewelry industry allow us to pay competitive prices for sapphire jewelry and loose stones. Visit our locations today or complete our online form to request a free market appraisal.