Amidst the disruptive times of the ongoing French revolution, Louis-François Cartier took over his master’s workshop and founded Cartier in 1847. Little did people know that this humble shop in Paris would become one of the most coveted brands in the world, transforming into the global empire it is today.

For more than a century, Cartier was hailed as the King of Jewelers, enchanting the world with its unique and sophisticated designs. Its striking watches and famed jewelry display boldness and a spirit of innovation which has remained consistent since the company’s inception.

As a young apprentice, Louis-François, then 29 years old, carried on the work of his master Adolphe Picardat in Rue Montorgueil Paris. The illustrious clientele was captivated by the talent and brilliance of this jeweler, unlike any other.

Cartier’s business grew and expanded with the rise of the Second Empire and opened its first boutique in 1859. Louis-François’s son Alfred then took charge of the shop, moving it to Paris’ central jewelry district Rue de la Paix.

Cartier ventured into watches in 1904 when the Brazilian aviator Alberto Santos-Dumont complained about the inconvenience of scrabbling for his pocket watch while flying. This started the Cartier Santos, a flat men’s wristwatch with a square bezel, pioneering all of Cartier’s watches.

In the same year, the company became the official purveyor to King Edward VII of the United Kingdom and King Alfonso XII of Spain. Alfred’s sons Pierre and Jacques soon expanded the House of Cartier overseas, opening shops in New York City and London. His other son Louis remained at home to continue the growth of their brand. His innovative ideas, such as using platinum in jewelry, earned Cartier the title of “Jeweller of Kings, King of Jewelers” from King Edward VII. 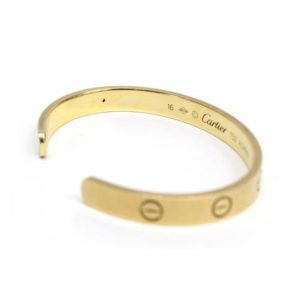 Jacques frequently traveled to India and the Persian Gulf in search of the finest pearls while Pierre courted Evalyn Walsh McLean, to whom Cartier sold the famous Hope diamond. In 1911, the Maharaja of Patiala in India commissioned Cartier to create a sensational necklace with 2930 diamonds.

Three years later, the iconic Panthère motif was used for the first time, which eventually became a tantamount Cartier symbol. In 1924, the brand launched its “Trinity De Cartier” collection – one of the most iconic pieces of jewelry in history. The three rings symbolize different stages of a relationship – white for friendship, pink for love, and yellow for fidelity. At this point, Cartier has built a reputation for being the go-to couture jeweler and watchmaker of the affluent.

In 1942, Louis and Jacques Cartier died, and Pierre became the company’s sole president. He would continue to bring success to the brand, such as the watches Baignoires in the 1950s and the Crash watch of the mid-1960s. The company started to face a decline when Pierre Cartier passed away in 1964. By the end of the decade, their empire had become dissolute, brought up by a number of investors.

During the 1970s, the capitalist Robert Hocq, together with financier Joseph Kanoui, spearheaded a group of investors composed of South Africa’s Rupert family, founders of the Rothman/Richemont dynasty, to buy Cartier’s New York branch. Soon after they moved on to buy the rest of Cartier’s divisions, reorganizing the company as Cartier World. At the start of the 1980s, the Kruger family bought out the rest of the company’s investors, adding Cartier to its Richemont holdings. 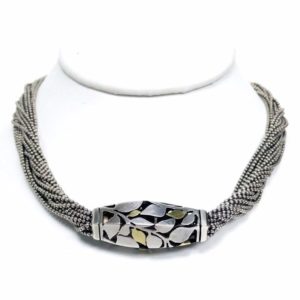 Being one of the most revered names in the jewelry industry, much has been said about the Cartier look. For its exquisite and breathtaking product designs, the brand has been on the wish list of many around the world. Celebrated by individuals and adored by royalty, the Cartier look symbolizes pure excellence with its fabulous lineage of precious accessories, watchmaking, and fine jewelry. It comes with little wonder how the brand was able to grasp the international attention of the rich and famous.

Many royalties and celebrities have had an association with Cartier. Whether it’s Richard Burton gifting a necklace with a 69.42-carat diamond to Elizabeth Taylor to Prince Rainier of Monaco who gave a 10.47-carat diamond-ruby engagement ring to Grace Kelly, Cartier has provided for the most influential and affluent for decades. The company created innumerable pieces for royalty in the last century, which were worn with great pride. The Duchess of Cambridge, Kate Middleton, also wore a stunning Cartier tiara at her wedding with Prince William.

Although Cartier became widely known for its celebrity following, the brand is also favored by the popular class, especially for its jewelry. The Cartier love bracelet that stands for everlasting love and affection has been worn by many lovers across the globe. Medieval chastity belts inspired the jewelry’s design, symbolizing fidelity and devotion. 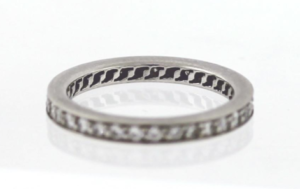 Cartier produced some of the most prestigious luxury accessories in history. Its style has evolved through its rich history and experiences. Cartier perfumes are elegant and beautiful examples of conventional products that can still shake up the world.

Gaining inspirations from the owners’ travels, the brand has come up with unique collections like the Panther appearing in different poses and forms in real or graphic designs. The Panther then became a symbol of positive femininity and reflected a liberated and passionate woman with Cartier’s master craft designs. The company also explores daring and eccentric styles to create exceptional stories from every piece.

Thinking of Selling or Buying a Cartier Statement Piece?

Cartier is a staple for the rich and famous. If you are looking to add a classic piece to your collection or are thinking of letting go of some of your pre-loved Cartier possessions, Biltmore Loan and Jewelry offers the ultimate upscale collateral lending or outright selling of designer watches, bags, and jewelry. For more information, call us at 480-991-5626 (Scottsdale) or 480-705-5626 (Chandler).