Diamonds: From Early Beginnings to the 21st Century

Today, diamonds continue to be one of nature’s most precious and stunning crystal structures. Known for their incredible durability and brilliant luster, diamonds are a popular component in extravagant jewelry and sturdy industrial materials. Even lucky babies born in April have diamonds as their birthstone.

Hence, did you ever wonder where and when the gemstone was discovered? Read on to understand where diamonds were first found, and to learn about their increasing popularity through the years.

Where Diamonds Come From

Diamonds need to go through a meticulous process before it reaches the jewelry store. It forms deep in the earth under extreme heat and pressure, until it is ejected upward near the earth’s surface. With a hardness of 10 on the Mohs Scale — the highest of any material in nature — it’s no wonder diamonds survive violent ejections to the surface. Then, each diamond is cleaved, cut, and polished until its natural beauty shines through.

Diamonds have been objects of desire throughout history. The world’s admiration for diamonds began in India, where chunks of diamonds were gathered from the country’s rivers and streams. According to some historians, India was trading in diamonds as early as the fourth century BC. However, the country’s diamond resources were limited in quantity, with only the wealthiest of Indian classes being able to afford them.

Gradually, things changed when Indian diamonds, along with other rare and exotic merchandise, found their way to Western Europe. The diamonds were transported in caravans and traveled to Venice’s medieval markets. By the 1400s, diamonds became fashionable accessories for the elite class of Europe.

In the early 1700s, India’s diamond supplies were in shortage and at a state of decline. Brazil then emerged as another source of the in-demand stone. Diamonds were discovered appearing through the gravels of local rivers of the country. Once it reached its full potential, Brazil dominated the diamond market for over 150 years.

Several sources cite that the story of the modern diamond market began in Kimberley, South Africa, 1866. Although several stories about the discovery of diamonds exist, the most famous tale in history is of Entrepreneur Cecil Rhodes who established De Beers Consolidated Mines in 1888. In 1900, De Beers, through its massive mines in South Africa, controlled an estimated 90 percent of the world’s production of natural diamonds.

Towards the end of the 1970s, the world’s most sought-after rough diamond producers were South Africa, the former Soviet Union, and Zaire (now the Democratic Republic of Congo). Come the 1980s, Russia and South America remained relatively consistent in producing high-quality diamonds, whereas Zaire’s output of lower-quality diamonds more than doubled.

Diamonds in the 20th Century 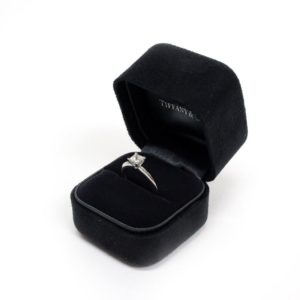 In the last two decades of the 20th century, several things changed in the diamond industry. Satellite technology, which was initially designed to find probable oil reserves, was also able to detect geology that likely contained diamonds. As a result, discoveries began to multiply.

In 1985, Australia became one of the first developed countries to discover major diamond resources. De Beers stepped in and made a deal with Australia to distribute all rough diamonds to them, excluding the very rare pink diamonds. De Beers also made a deal with the Soviet Union to distribute rough diamond findings. However, shortly after the Soviet breakup, the majority of Russians with access to diamond mining allowed their contracts to expire and began selling the diamonds themselves.

New Discoveries in the 1900s

With the discovery of diamond sources in Australia and the new deposits from Canada in 2000 — diamond mining was bigger than ever.

The market expanded dramatically in 1990, just like it did during the 1866 discovery of diamonds in South Africa and Rhodes’ establishment of De Beers. The 1990s was an incredible decade for the diamond market as the years brought exciting new sources. The growth led to the beginning of new diamond-cutting and selling establishments around the world, and all of it happened as the world economy fluctuated wildly.

Although the diamond’s brilliance has been admired and appreciated for centuries, there was little scientific knowledge about it before the twentieth century. Since then, people’s knowledge about diamonds has grown steadily, with research by geologists, mineralogists, chemists, physicists, and oceanographers revealing more information. In the past five decades alone, scientists from all over the world have learned plenty about how diamonds materialize and how they are transported from deep within the earth to the surface. That very knowledge has made it tremendously easier to predict locations for new diamond discoveries.

Diamonds and De Beers in the 21st Century

As one of the diamond trade’s first and major participants, De Beers had to change, too. Today, the company has little resemblance to the De Beers of the 1800s. Despite controlling roughly 75 to 80 percent of the rough diamond supply, the company has begun reducing its role in supplying the world with diamonds. The precious stone no longer flows into the market in a single-channel path from De Beers; rather, diamonds now flow into the market through multiple and diverse channels.

What the Future Holds 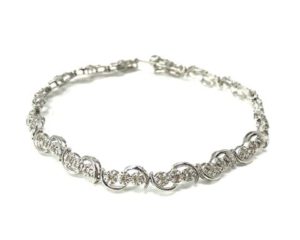 Despite all the knowledge scientists have provided about diamonds, the studies and research continue. With people exploring new sites across the globe, more deposits of diamonds is likely in the near future.

If you go directly to a jewelry store and try to sell your diamond jewelry for cash, the chances of getting more than 50 to 60 percent of its original retail value are slim. In fact, you would be pretty lucky to get half of what you bought your diamonds for. In most cases, the price offering for pre-owned diamond-studded jewelry will be around 25 to 40 percent of its original retail price, and may depend on whether you still have the original casing and receipt.

To get the most out of your diamond jewelry, bring your items to our Scottsdale (480-991-5626) or Chandler (480-705-5626) location. You may also complete our online form to get a free market appraisal. Rest assured that Biltmore Loan offers the most competitive rates when giving out a loan or purchasing valuables outright.