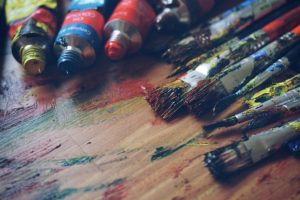 Many consider masterpieces done by notable painters to be priceless. Being one of a kind, it makes it difficult to put a price on most works of art. Still, art is sold and bought every day, oftentimes auctioned for millions of dollars.

High Renaissance master Leonardo da Vinci excelled in various fields, be it in medicine, warfare, or art. But many people would agree that his Mona Lisa painting is easily his most recognizable work. One of the most famous paintings in the world, the Mona Lisa is an enigmatic portrait historians theorize to be that of Lisa Gherardini, the spouse of Florentine cloth trader Francesco del Giocondo.

A creation of this caliber is almost impossible to appraise, but in 1962, the piece was insured for $100 million, the highest at the time. In today’s exchange, that money would be somewhere around $700 million. If you want to catch a glimpse of its beauty, you can check it out at the Louvre Museum in Paris.

This 1932 painting of Picasso’s mistress is a modest, vivid arrangement of distorted images that nonetheless exudes of a joyful, relaxed sensuality. Picasso shows a dramatic development in his style over his long career with this painting. In 2013, businessman Steve Cohen acquired it for $155 million.

Painted by Italian artist Amedeo Modigliani in 1917-18, Nu couché features a once-controversial nude female figure lying against a dark crimson backdrop. As one of Modigliani’s most popular works, Nu couché easily sold for $170.4 million in 2015, making it one of the most expensive paintings in auction history.

The proud buyer of this piece is Chinese business magnate Lui Yiquian, a former taxi driver who is now the founder of two private museums in Shanghai. He reportedly procured the painting using an American Express Card.

This 1983 painting is an icon of modern art and it remains relevant to this day for reflecting extreme emotions of uncertainty and anxiety. The Scream is based off Munch’s personal experience of anxiety after being left behind by his two companions. This tormented figure, warped in a dreamlike landscape, was sold for about $120 million in 2012.

Organic lines with droplets of yellow, red, grey, and blue paint in various shades, the No. 5, 1948 is a classic Pollock drip artwork. It may come off as a senseless splatter of paint to the undiscerning eye, but this abstract piece introduced a wave of modern art that put New York on the spotlight in the wake of World War II.

No. 5, 1948 also marks the birth of “action painting.” The artist said he can walk around it, work from all sides, and be immersed fully in the painting. Another piece that was once in the private collection of media tycoon David Geffen, it was reportedly purchased for $140 million (about $160 million today) in November 2006.

French master Paul Cézanne’s creations helped bridge the gap between the 19th century Impressionism and 20th century Cubism. Made between 180 and 1895, this quintet of oil paintings, The Card Players, would be his finest accomplishment, which continues to set records and fascinate art enthusiasts.

World-renowned museum collections, such as the Courtauld Institute of Art in London and Musée D’Orsay in Paris, house majority of these paintings. One particular version was sold by the state of Qatar in 2011 for more than $259 million (estimated to be $269.4 million in 2013 terms). At the time, it was the most expensive painting ever sold.

Ken Griffin, a billionaire hedge fund investor, bought two paintings from David Geffen for a total of $500 million. One of the two was the Interchange, which is believed to be the equivalent of $300 million. As a member of the board of trustees of the Art Institute of Chicago, Mr. Griffin has loaned Interchange to the museum for public viewing.

Paul Gauguin fell in love with Tahiti and its women the moment he set foot in the country in 1891. Idolized by many contemporary artists, Gauguin painted the post-impressionist Nafea Faa Ipoipo in 1892.

The artwork depicts two women sitting among a colorful landscape of green, gold, and blue. It reached a staggering auction price of $300 million at a private sale in 2015. While the purchaser remained to be confirmed, many in the art world believe that the Qatar royal family holds possession of it.

British artist Francis Bacon was a controversial figure in 1969. His most modern painting, Three Studies of Lucian Freud, was acquired by an unidentified institution or person at a cost of $142.4 million in 2013. The piece highlights Bacon’s distorted approach to painting, a practice he championed throughout his life.

Dutch Post-Impressionist painter Vincent van Gogh is one of the most influential figures in the history of Western art. While it’s unfortunate that he was not commercially successful during his lifetime, his artworks today are some of the most prized and celebrated. One of his notable paintings was the Portrait of Dr. Gachet, which was purchased in 1990 for $82.5 million by Japanese collector Ryoei Saito.

The portrait painted with van Gogh’s usual bold colors and signature impasto brushstrokes feature the doctor sitting at a table in a flat cap with a glass of wine. It garnered the highest price ever paid for a painting at a public auction, with an equivalent of $149.5 million in today’s terms. Following Saito’s death in 1996, the whereabouts of this masterpiece remain unknown.

While appreciating art can be quite subjective, many affluent collectors are willing to pay top dollar to have the privilege of owning a creation of a renowned artist. From Old Masters to modern pieces, these were some of the most valuable paintings ever sold.