Know Your French: A Guide to Furniture Styles in France

French antique furniture is renowned for their refined nature and rich use of materials, which explains why they command premium prices at auctions.

From provincial furniture that features cabriole legs and scalloped carvings, to French royal furniture designed exclusively for the use of royalty — let’s explore the evolution of French furniture styles through the years. 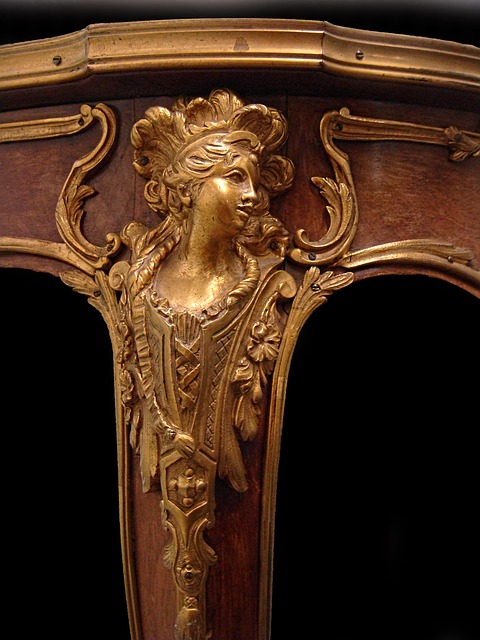 Practicality and storage were the primary purposes of furniture during this period. This is why one of the most common pieces were large chests or trunks made of oak. These were the most important pieces of furniture used to keep valuables and designed to be moved easily from one place to another. They were multi-functional — used as seats and/or tables during the day, and with the addition of cushions, a bed by nighttime.

During the Renaissance period, French craftsmen created furniture with deeply carved and ornate designs heavily influenced by classicism of the Greeks and Romans. The designs were inspired by the works of Michelangelo and Raphael, depicting mythological or biblical themes. Pieces during this period were lighter than those of the Middle Ages, with oak as the most commonly used wood. Fruitwoods, such as walnut, were also used.

Tables, cabinets, and dressers replaced the chests and cupboards of the Middle Ages. Clocks, mirrors, and screens also became staples in homes.

Furniture designed during this period featured solid construction with distinctive geometric carving. They were also more opulent, having recurring decorative themes depicting cherubs, scrolls, fruit, and flowers. The middle class fueled the demand for furniture, and the French country look was developed for the provincial bourgeois. Furniture during this time was beautiful and functional, with fixed upholstery being one of the greatest innovations. Seats and backs of chairs were padded, with leather or tapestry secured to the chair’s wooden frame.

Louis XIV was known for his opulence and splendor, with the palace at Versailles exemplifying his love for the arts and luxurious things. Furniture during this period followed the same opulent theme. The writing table or desk made its debut during this period, as well as finely detailed chests, which eventually became among the most essential furniture types of the 18th century. The finest materials were used, and furniture featured intricate marquetry, carving, gilding, inlaying, and the use of lacquer and gold decorations of animal heads and the sun.

Smaller homes, called apartments, were introduced during this period. They had lighter, more graceful furniture featuring asymmetrical curved lines and simple wood veneer. Flowing curves characterized furniture during the Regence. The cabriole leg was also introduced during this time – a carved, S-shaped leg that was used in armoires, bookcases, desks, sofas, and chairs.

The Louis XV furniture style, also known as rococo, featured exquisite details and graceful, feminine lines that favored the asymmetry from the Regence era. Fruitwoods and rosewood were used in favor of darker woods, and these would be painted or lacquered. Decorative motifs included foliage, flowers, shells, fish, birds, vines, hearts, and ribbons. Parisian homes often had large crystal chandeliers and mantels with trumeau or mirrored painted panels.

Several desks were introduced, such as the following: secretaire, a fall front writing desk; table-a-ecrire, a writing table; and bureau-a-cylindre, a roll-top desk.

The most widespread and new design influence was of public interest in the Roman excavations of Pompeii and Herculaneum. The lines of furniture were more angular and the Greek “key” pattern was created. There were also fewer curves, and chair frames became thinner.

This period marked a return to symmetry, straight lines, and classical ornamentation. One of the popular woods used was mahogany, which had to be imported and was used only for fine furniture. Instead of the cabriole leg, a straight, tapered and fluted leg was preferred. Designs were generally more angular. Chairs were made solely for decorative purposes rather than comfort or function.

Pieces from this period were more subdued and austere. Geometric patterns were less extravagant. Motifs included arabesque and Etruscan themes, wreaths, torches, and other warlike emblems. The war led to a decline in furniture quality and the availability of materials. Brass was often used in place of gilt-bronze and imported woods such as rosewood and mahogany were scarce. Most pieces were made of walnut and other fruitwoods, which were found in France.

This particular style is dignified and striking. Empire furniture is usually large and architectural elements such as columns and pilasters are common. Mahogany and rosewood, as well as ebonized wood, were quite popular. Furniture would be decorated with brass and ormolu and inlaid with ivory or mother of pearl. Upholstering was done with embroidered fabrics and heavy brocade, often in bold stripes. Strong symmetrical designs replaced ornate carvings and rounded romantic shapes. Chairs often had stiff, square or rectangular backs and animal claw feet.

This period saw the desire to return to luxury and opulence and there was a distinct shift to delicate, rounded forms, and fine decoration in furniture. The large form and geometric design of Empire furniture continued but lighter woods, such as elm and ash, were introduced and used with, or instead of, mahogany.

Pieces from this period retained the rounded lines of the Restoration, but with less ornamentation and a higher focus on functionality. Walnut and mahogany were the predominant woods. A characteristic trait of case pieces in the Louis Philippe style is the doucine or the soft curve.

During this period, several furniture styles were mixed for a single piece of furniture. Dark woods, ebonized or “japanned” woods, cast iron, paper maché and ivory inlay were the primary materials during this era.

Art Deco is a simplification of the Art Nouveau style — sophisticated with strong geometric designs. Exotic woods such as rosewood, teak, and mahogany were used. New materials were used for detail, such as veneers, lacquers and high French polish, plastic, Lucite, and metal.

Chairs of this style period had comfortable, deep seats, upholstered in fabrics or leather. Tables were round, oval or rectangular. Other table forms were introduced, such as the coffee table, tea table, and other small side tables.