Unless you’re talking about Michael Jackson or grandma’s cooking, the title “best” is inarguably subjective. That’s no less true when it comes to the best watch brands of all time, which span a wide range of styles, features, and price points. To help our readers make sense of it all, we have compiled some of the key players in the timepiece universe.

Vacheron Constantin is the longest-standing watchmaker in operation with hundreds of years of watchmaking history behind its famous name. Since 1755, Vacheron Constantin has been one of the “Holy Trinity” of Swiss watch companies, producing some of the most stunning, creative, and unique horological masterpieces the world has ever seen.

The best example of Vacheron Constantin’s mechanical genius would be the Reference #57260 estimated at $8,000,000 according to Forbes. Known as the world’s most complicated watch, it features 57 complications. Among its never-been-done-before functions include a split-seconds chronograph and a Hebraic perpetual calendar.

Another coveted member of the holy trinity in watchmaking, Audemars Piguet has been creating some of the most outstanding watches since its founding in 1875. Many consider Audemars Piguet to be one of the best watch brands in history. The Royal Oak series is the collection they are most known for, which became a pendulum for Audemars Piguet as the first watchmaker to incorporate stainless steel in a sports watch design and charge luxury prices. Audemars Piguet later produced its underwater version of the iconic watch, the Royal Oak Offshore series, which is one of the most popular diving watches in history. As one of the holy trinity, the luxury watch brand is highly respected and has been consistent in exceeding expectations through the years.

Among their most popular models include the Nautilus, Aquanaut, Calatrava, and World Time. In addition to their many highly desired models, Patek Philippe has been commissioned to produce some of the world’s most complicated, yet gorgeous watches for several high-profile individuals, including Henry Graves and James Ward Packard. The Graves Supercomplication, which is one of the most exclusive timepieces ever made, sold for a whopping $11,000,000 in 1999 at a New York auction. In 2014, an anonymous entity bought the piece for $24,000,000. The pocket watch featured 24 complications and took eight years to research and produce.

Jaeger-LeCoultre is a Swiss luxury watchmaker immensely respected by its peers and followers. One of the best luxury watch manufacturers in history, the brand produces its own movements and many other components in-house. Watchmakers that manufacture in-house movements are usually placed on a pedestal and commended for managing quality and craftsmanship down to the finest detail. 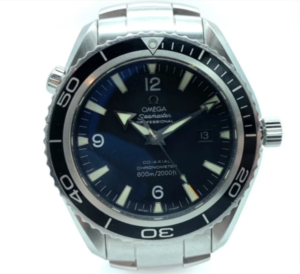 While Omega is one of the more popular luxury watch brands today, their timepieces are not as expensive compared to the watchmakers above. However, they had their Seamaster watches featured in blockbuster movies through the years, including in every James Bond movie since Goldeneye starring Pierce Brosnan, as well as in every “007” film that followed featuring Daniel Craig. In addition, the Omega Speedmaster Pro was on the wrist of Buzz Aldrin as he took his first steps on the moon. Having Omega’s watches qualified by NASA for a space mission as monumental as Apollo 11 was fundamental in building their prestige as a brand. Omega is, in fact, the second most recognized Swiss watch brand in the world, with 70 percent international brand recognition.

Rolex is, without a doubt, the most recognized watch brand in the world with an impressive 100 percent brand recognition. Whether can-afford or not, everyone from all walks of life has heard of this top-tier watch company. Rolex not only manufactures spectacular watches, but they also produce thousands of them every day. Their production is about 2,000 watches per day.

Some of the most popular Rolex watches that have been captivating horological enthusiasts and delighting connoisseurs around the world include:

Credited with numerous innovations and acclaimed for its horological genius, Breguet is among the oldest, most respected Swiss watchmakers in existence.

Mechanical genius and head founder, Abraham-Louis Breguet, invented the rotor system used in automatic (self-winding) mechanical watches. He also devised the tourbillon, which is one of the most popular complications in the industry. Having a tourbillon in your watch is a clear sign of stature and prestige, so just imagine the respect and praise for the watchmaker who invented it.

Founded in 1832 by Auguste Agassiz in Switzerland, it wasn’t until 1867 that the company came to be known as Longines. In the late 19th and early 20th Centuries, Longines became leaders in watchmaking. By way of comparison, Rolex and Omega didn’t come into existence until 1903 and 1915.

As early as 1867, Longines was winning multiple awards at the Parisian Universal Exhibition in France. Their iconic winged hourglass logo is the oldest trademark in the world, which remains in continuous, unchanged use today, having first been registered in 1889.

A list of exclusive watch brands without IWC Schaffhausen would be an unforgivable sin. Being one of the oldest luxury watchmakers that date back to 1869, IWC Schaffhausen was the first to use titanium in watches. Best known for producing the Portugieser, IWC is an innovative brand that aims to outperform itself and competitors with every timepiece made. IWC produces some of the most mechanically complex watches that feature tourbillons, moon phases, minute repeaters, and chronograph complications.

Biltmore Loan and Jewelry is a trusted buyer of pre-owned watches in Phoenix, Arizona. Our access to the luxury marketplace and unmatched experience in appraising high-end goods have equipped us with the knowledge and expertise to understand the true value of a timepiece. Visit us today to sell your watch or use it as collateral for a loan.