Trash or Treasure? 8 Qualities to Look for in a Baseball Card

Collecting baseball cards is a fascinating hobby that most people acquire during their childhood or teenage years, only to continue and develop a deeper passion well into adulthood. These collectors understand the true value of baseball cards based on the production year, the athlete featured on the card, and the specific number in the set. Young baseball card collectors have grown up to be an integral part of a very dedicated, knowledgeable community. Plus, with some baseball cards commanding thousands or even millions of dollars at auction houses on occasion, baseball card collecting is an exciting pursuit for both professionals and hobbyists.

A Quick History of Baseball Cards 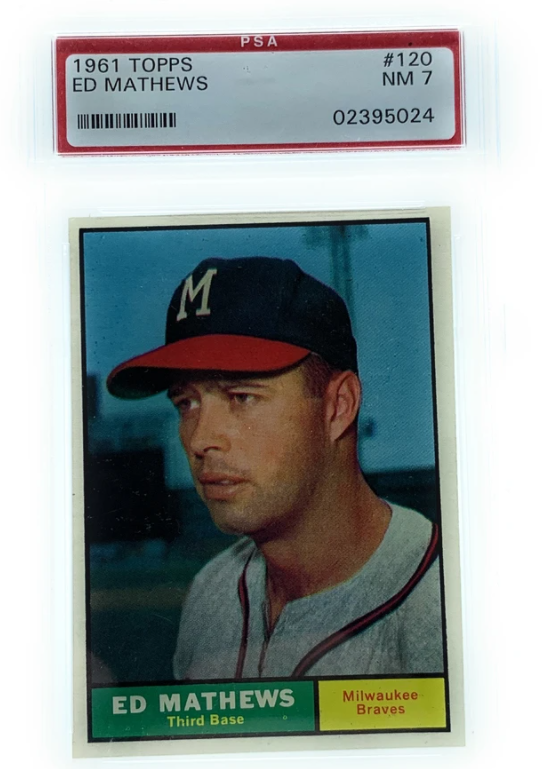 It was in the 1880s that the first baseball cards became available for purchase. When Goodwin Tobacco, the founder of Old Judge and Gypsy Queen cigarettes, launched an advertising campaign for his tobacco products in 1886, he included cards in each pack, many of which featured different public figures, including war heroes, actors, and athletes. However, the packaging did not appeal to adults and resonated with the younger generation instead. Children, especially pre-teens and teenage boys, kept the abandoned cards and began their own collections.

Determining the Value of Baseball Cards

Specialists appraise baseball cards based on numerous factors, including overall condition, rarity, scarcity, grading, print variation, print quality, and, of course, the person featured on the card. Combined, these characteristics can determine the price and worth of a baseball card.

Let us take a closer look at the qualities to for in a valuable baseball card:

In most cases, Hall of Fame baseball cards are usually worth more than common player cards, with a few exceptions. For example, a valuable common player card may command a higher resale price for emotional reasons, such as if the buyer considers the featured athlete a childhood idol or hero.

Even if you own a 1914 Baltimore News Babe Ruth, it may not sell for much (or at all) if the condition of the card is poor.

A genuine baseball card’s condition affects its value regardless of the rarity. The corners, edges, surfaces, and centering of the image, all play an important role in determining the auction price of a baseball card.

Collectors pay more for professionally authenticated or graded baseball cards compared to ungraded varieties. Appraisal specialists score baseball cards on a scale from 1 to 10, with 1 being “poor quality” and 10 being “almost perfect.”  Ungraded cards make it more challenging for sellers and buyers to agree on a fair price based on the condition.

Of course, there are some exceptions depending on the baseball player featured on the card, how rare the collectible is, and if it is in good condition. For example, an autographed card featuring Mike Trout — a 2009 Bowman Chrome Draft Picks and Prospects Mike Trout Red Refractor Autographis, to be specific — is among the most expensive baseball cards ever sold, with a realized price of $922,500.

Baseball cards can obtain errors during the prin

ting process. Such manufacturing errors sometimes lead to price increases (yes, increases) depending on the rarity of a card.

One of the most valuable baseball cards in the world is the T206 Joe Doyle card. The manufacturers labeled it “NAT’L,” the abbreviation of “National League,” which was inaccurate since he was in the American League. The uncorrected version is worth $550,000.

Print variations refer to different styles and designs of a baseball card featuring the same athlete. For instance, some cards can have a white-colored font, while others have striking yellow letterings. The 1969 Topps Mickey Mantle card is one prime example. The price of the yellow version can be four times higher than the white version, depending on the overall condition.

The set sequence of a baseball card can determine its value due to the print and handling process.

The first baseball card in a set is in the upper left corner, where the sheet is more prone to damage than others. In addition, this position in a set means that when stacked, the card is always more exposed and susceptible to more wear and tear over time. An example is the 1952 Topps Andy Pafko card, which finding in mint condition is almost impossible given its placement in the set.

As mentioned, manufacturers limited the production of baseball cards before the 1980s. Therefore, baseball cards from the early and mid 1900s are more valuable due to their scarcity and number of years in existence. Also, “high number” cards printed during the end of the baseball season tend to be worth more compared to common cards printed in the summer, which intended to help maintain people’s interest in the sport. “Short prints,” on the other hand, were manufactured and in circulation for a shorter run for no reason, so these cards can also have a higher price due to scarcity.

The sports memorabilia experts here at Biltmore Loan and Jewelry hope that this comprehensive guide to baseball cards helps you understand how professionals determine the value of genuine baseball cards. If you are in need of baseball card appraisal services or looking for rare baseball card buyers in the Scottsdale and Chandler AZ areas, contact us today to get started. We pay more than standard pawn shops, guaranteed.